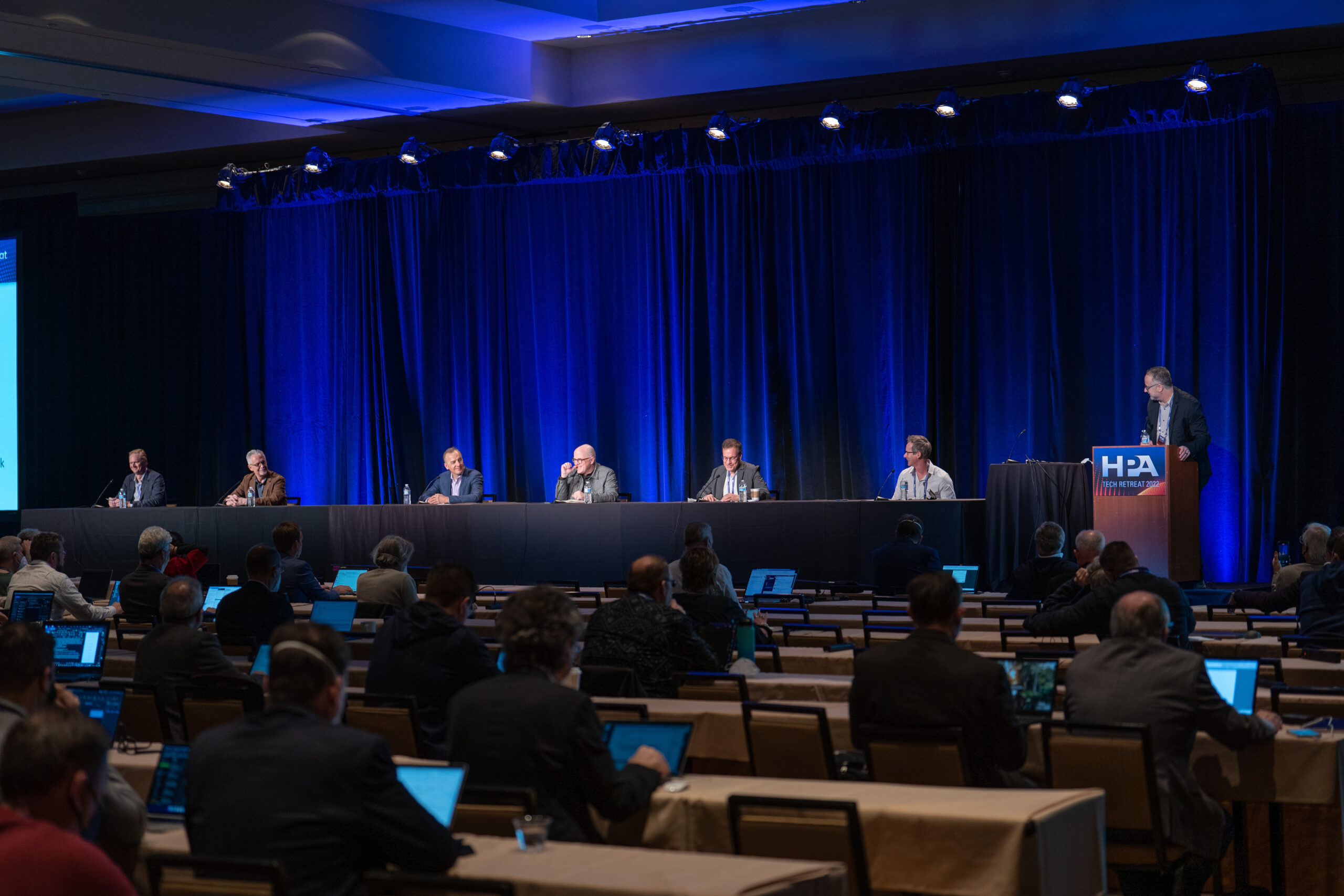 In the last week of February, entertainment technology luminaries from across the world gathered at the Hollywood Post Alliance’s Tech Retreat. Rubbing their eyes as they adjusted to the bright Palm Springs sunshine after two years of working-from-home in pandemic-induced Zoom and Teams isolation, the event was a resurgence with a sold-out crowd gathering for four days of conference sessions, informal and spontaneous conversations and advanced technology demonstrations.  MovieLabs, the non-profit technology joint-venture of the major Hollywood Studios, was also present en masse with a series of sessions highlighting the progress and next steps toward it’s “2030 Vision” for the future of media creation.

Seth Hallen, Managing Director of Light Iron and HPA President, who presented a panel at the HPA Tech Retreat on the recent cloud postproduction of the upcoming feature film ‘Biosphere’, commented that “this year’s Tech Retreat had a number of important themes including the industry’s continued embrace of cloud-based workflows and the MovieLabs 2030 Vision as a roadmap for continued industry alignment and implementation.”

MovieLabs CEO Richard Berger was joined by a panel of technology leaders from across studios, cloud providers and software companies to discuss how they see the 2030 Vision, what it means for their organizations and how they are democratizing the vision to form a shared roadmap for the whole industry.  Introducing the panel, Berger provided the context for the discussion and the original vision paper, “our goal was to provide storytellers with the ability to harness new technologies, so that the only limits they face are their own imaginations and all with speed and efficiency not possible today”.

Of course no discussion about the future of production technology can start without reflecting on the impacts of COVID and the opportunities for change it provides.  Eddie Drake, Head of Technology for Marvel Studios said “the pandemic accelerated our plans to go from on-prem to a virtualized infrastructure…and it created a nice environment for change management to get our users used to working in that sort of way”.  Jeff Rosica, CEO of AVID summarized this pivotal opportunity in time we have because “if we weren’t aligned, if we were all off in a different direction doing our own things, we’d have a mess on our hands because this is a massive transformation. This is bigger than anything we’ve done as an industry before”.  Matt Siverston, VP and Chief Architect, Entertainment and Media Solutions at Autodesk is relative newcomer to both Autodesk and the industry and explained how the 2030 Vision was used as shorthand for the job description in his new role at Autodesk, explaining when “all your largest customers tell you exactly what they want, it’s probably pretty smart to listen” and he’s looking forward to seeing how “we can all collaborate together to make it a reality”.

The panel discussed the work so far done in cloud based production workflows and the work still to be done, Drake of Marvel said “we’re going to be working very aggressively” with both vendors and in-house software teams to accelerate cloud deployments in key areas where they see the most immediate opportunity including set-to-cloud (where he sees tools are maturing), dailies processes, the turnover process, editorial, mastering and delivery.  Michael Wise, SVP and CTO Universal Pictures explained they have been focusing their cloud migration on distributed 3D asset creation pipelines leveraging Azure on a global basis, initially at DreamWorks but soon on live action features as well, all so they can leverage talent from around the world. Wise said “As we’ve done that work we’ve been leaning into the work of MovieLabs and the ETC to make sure what we’re building leverages emerging industry standards including the ontology  VFX interop specs from ETC and interoperability from MovieLabs”.

Buzz Hays a “recovering producer”, industry post veteran and now Global Lead Entertainment Industry Solutions for Google Cloud summarized the improvements that we can enjoy from a cloud-based workflow saying “what we’re looking at is how can we make this a more efficient process and eliminate the progress bars and delays that can end up costing money?” Hanno Basse, CTO Media & Entertainment for Microsoft Azure, agreed and added “you need to rearchitect what you’re doing – why are you going into the cloud?” and he listed the main reasons Microsoft is seeing for cloud migrations; including enabling global collaboration, talent using remote workstations from anywhere, and enabling a more secure workflow where all assets are protected to the same and consistent level.  Picking up on the security theme Hays challenges the perceived notion that there is a conflict between security and productivity and questioned “why are those mutually exclusive?” and that we should “come up with solutions that are invisible to the end user, that are secure, that tick all the boxes and are truly hybrid in nature that work on-prem and are multi-cloud”. Hayes went on to explain how zero-trust security, aligned with the MovieLabs Common Security Architecture for Production, works based on the notion of flipping security “inside out” to secure the core data first, rather than focusing on external perimeters and keeping bad actors out.  “Ultimately”, he said “until we get to the ‘single-source of truth’ cloud version, then there are copies of everything flying around productions and you never get all those back”.

Building workflows that leverage interoperability between common building blocks was a core theme of the discussion and was embraced by all the panelists.  Wise from Universal said “A bad outcome would be a ‘lift and shift’ from the on-premises technologies and specs and just putting them in the cloud. We’ve got a moment in time to make our systems interoperable…and interoperability is the key not just for asset reuse but also asset creation and distribution”.  Basse from Microsoft was more prescriptive in what interoperability needs to include and that we have to “have the industry come together and define some common data models, common APIs, common ways of accessing the data, how that data relates to others and handing it off from one step in the workflow to the next”.  He gave the example of 3D assets that are typically recreated because prior versions cannot be easily discovered and shared between applications and productions. During his seven years at 20th Century Fox the White House was destroyed in at least 10 movies and TV shows and every time the asset was recreated from scratch. Allowing assets to be reused and interoperable between different pipelines and applications will therefore open workflow efficiencies speeding content time to market.

Basse makes the case that creative applications that are running in the cloud on Virtual Machines are not the optimal solution for where we need to get to, but an interim step towards ultimately becoming SaaS based services and running on serverless infrastructure.

When discussing the opportunities ahead the panelists were also agreed that no one company can do this migration itself and that it will require work to share data and collaborate together.  Sivertson from Autodesk said “our intention is to be very open with data access and our APIs as the data is not ours, the data is our customers and they should be able to decide where it goes…if providers jealously guard the data as a source of differentiation you’ll probably get left behind”.  Rosica explains how the 2030 Vision enables AVID to have a common shared goal as we’ve all agreed what the “desired state is and what the outcomes are that we’re looking for, and that allows us to develop roadmap plans, not just for ourselves but all of our partners in the industry, as we all need to interoperate together”.

Interestingly many of the themes explored in the HPA Tech Retreat panel echo the key learnings in MovieLabs’ latest paper in the 2030 Series – an ‘Urgent Memo to the C-Suite’ which explains how investments in production technology can enable the time savings, efficiencies and workflow optimizations from a cloud-centric, automatable, software-defined workflow.  It will certainly be interesting to see how far the industry has come in the 2030 journey by the HPA Tech Retreat 2023, hopefully without the masks and COVID protocols!

← Prev: MovieLabs Urgent Memo to the C-Suite PSST...I have to tell you something → 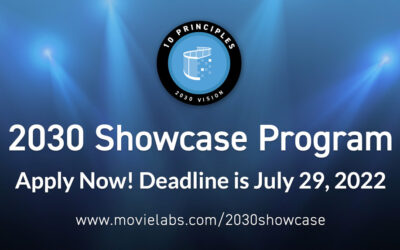 Designed to Highlight Organizations Implementing the Principles of the 2030 Vision, Enabling Interoperability, and Responding to the Changing Media Landscape 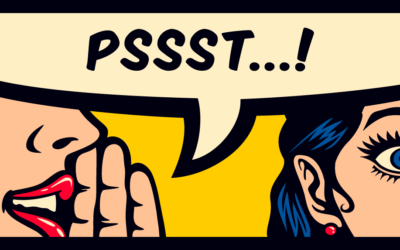 PSST…I have to tell you something 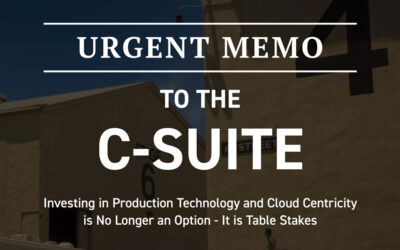 MovieLabs Urgent Memo to the C-Suite

MovieLabs makes the case that Investing in Production Technology and Cloud Centricity is No Longer an Option – it is Table Stakes.