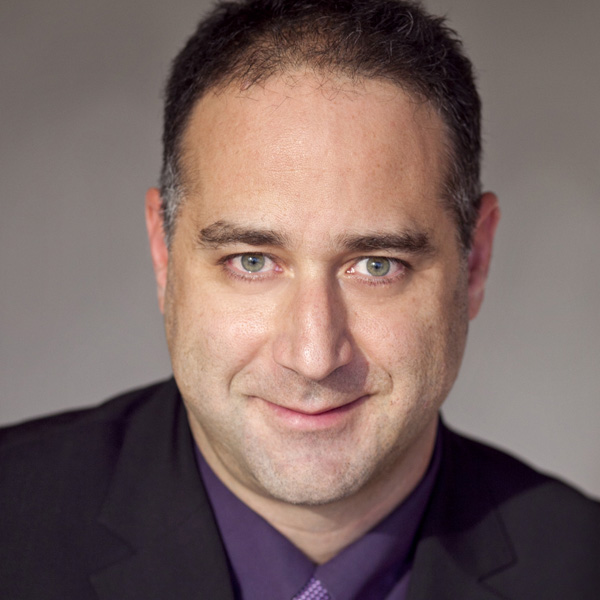 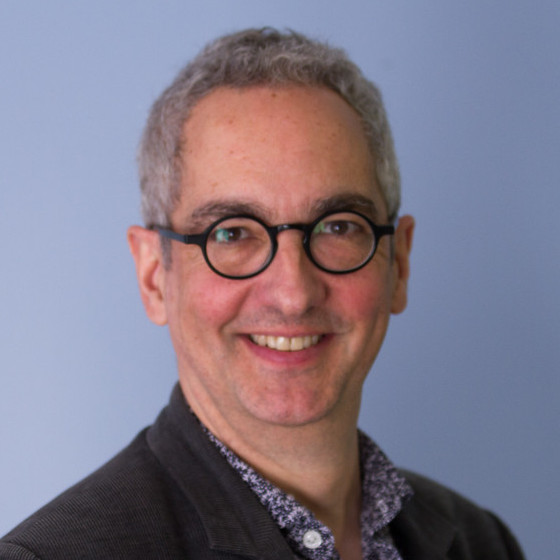 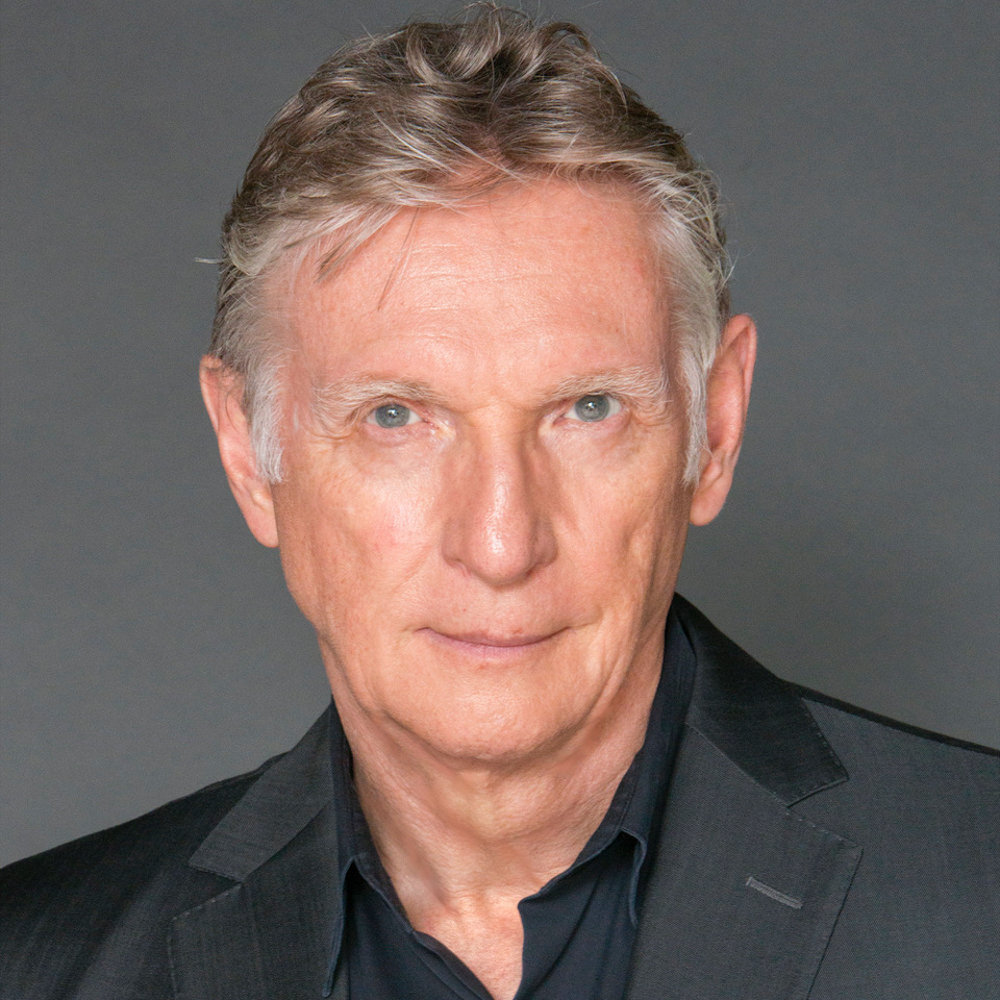 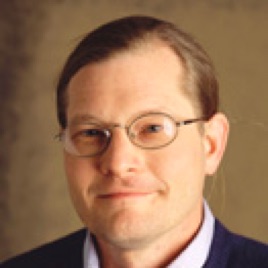 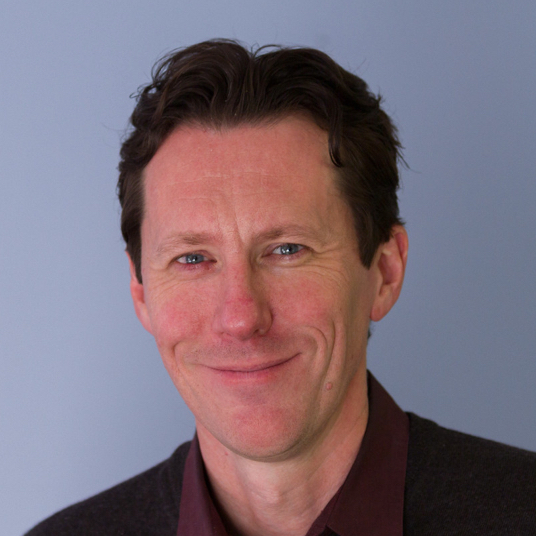 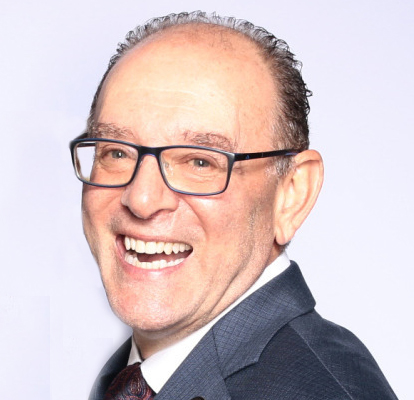 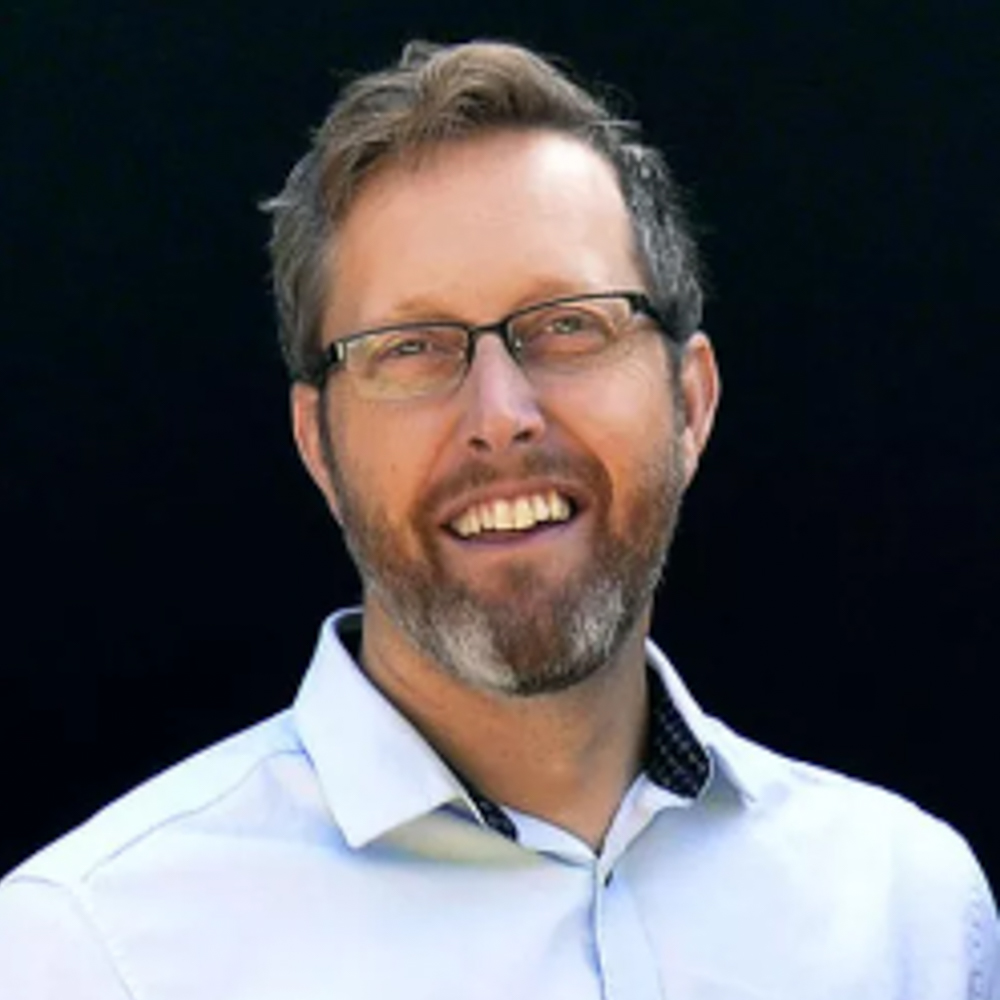 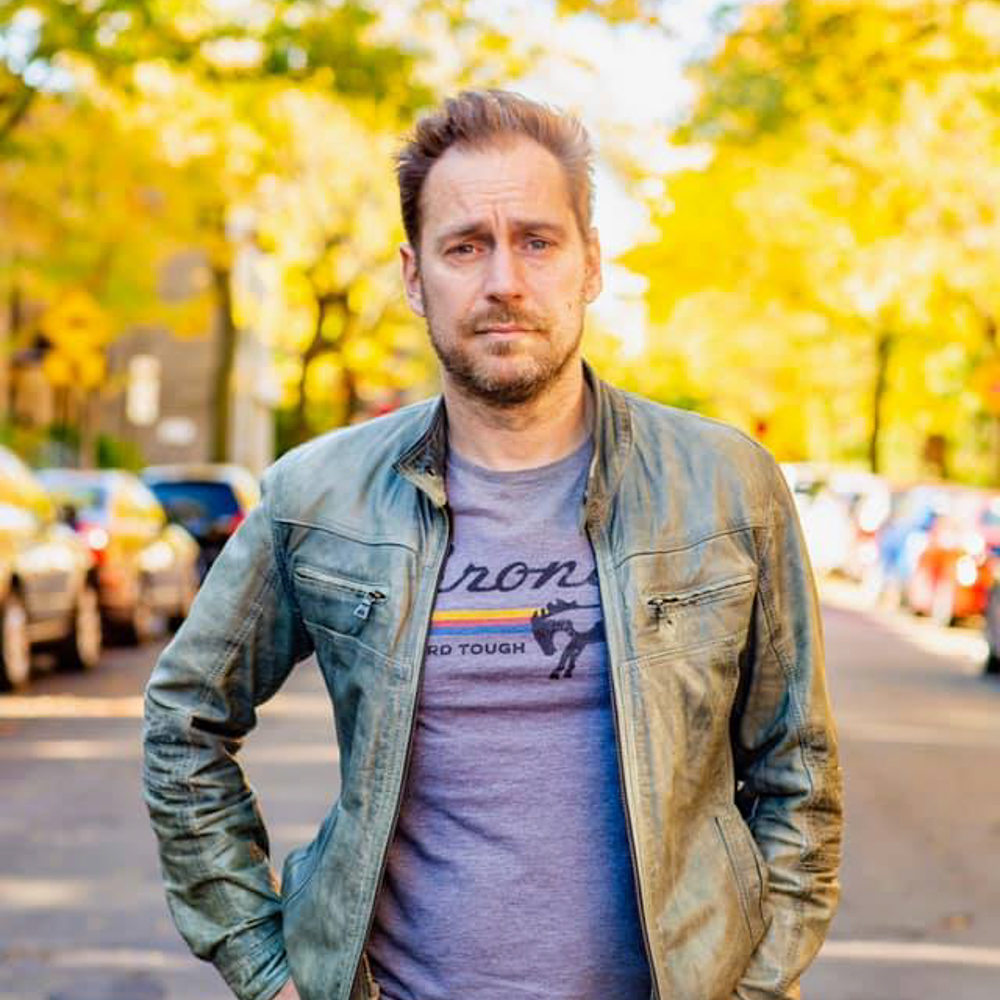 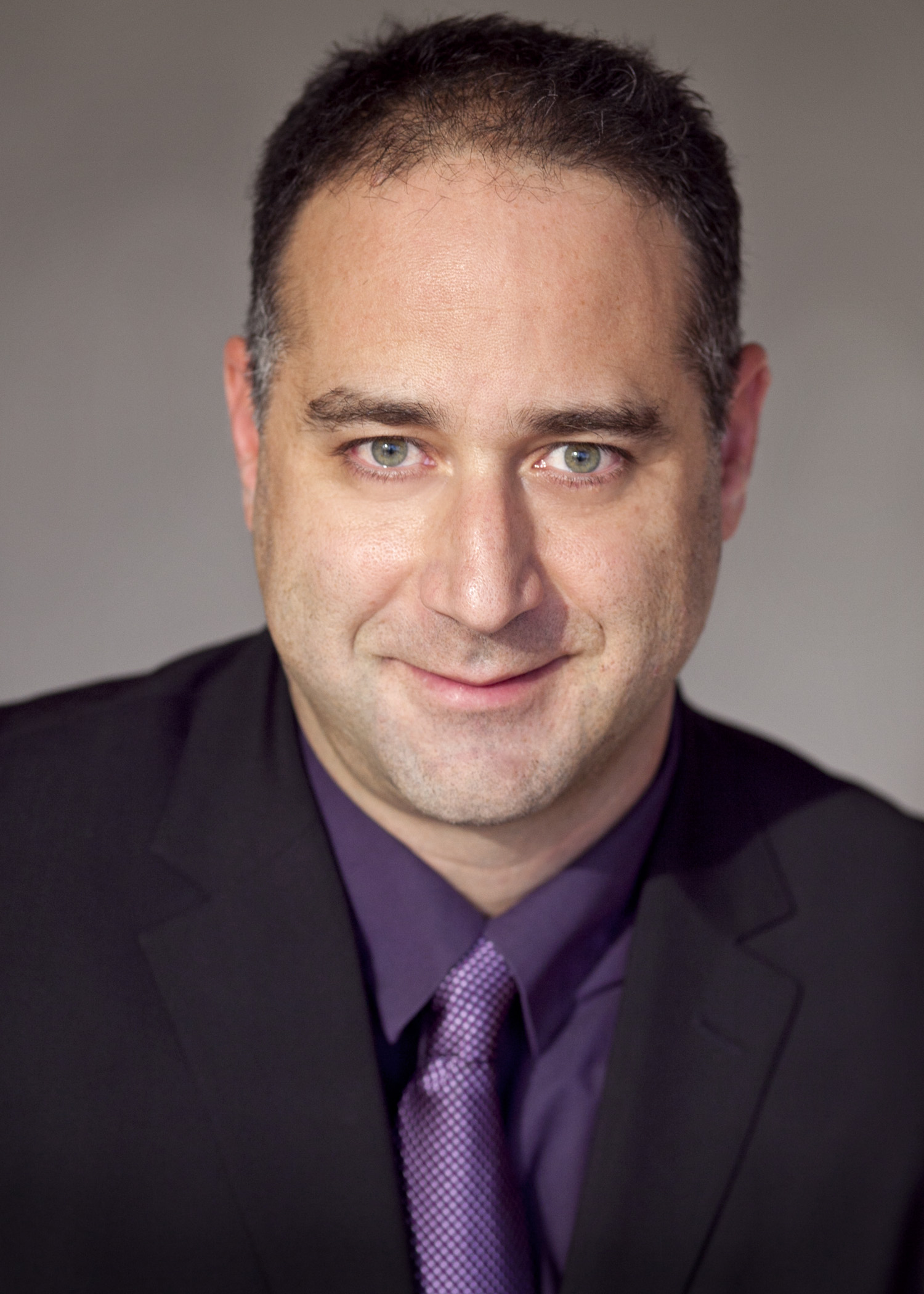 Richard Berger joined MovieLabs as CEO in 2017, arriving with an extensive digital strategy background and a proven and unique ability to bring companies together to solve the most challenging problems and achieve profound industry change. He is responsible for the overall direction of MovieLabs and oversees technology initiatives on behalf of the major studios. Rich led the development of the “2030 Vision” which has become the industry’s reference for the future of media creation.

Rich came to MovieLabs with over 20 years of experience in digital innovation, and more than a decade leading new media and technology efforts at Sony Pictures Entertainment. He served most recently as SVP of Worldwide Digital Strategy & Advanced Platforms, where he built a reputation for innovation, particularly around emerging digital platforms and formats such as Movies Anywhere and UHD (4K-HDR). Rich also was one of original founders of UltraViolet and helped launch the DECE consortium.

Other roles at Sony included SVP New Media & Technology, where he was responsible for establishing digital policy across all Sony Pictures digital distribution businesses. Rich also worked at Sony Music Entertainment’s New Media Department where he developed Sony Music’s first Enhanced CDs. Rich holds a Masters in Interactive Telecommunications from Tisch School of the Arts and a Bachelors in Computer Science from Rutgers College.

Jim Helman is an experienced technologist who brings to MovieLabs an extensive background in building entertainment-related products and a passion for innovation. At MovieLabs, Jim has led cross-industry initiatives including driving worldwide standards for high dynamic range video and building the Entertainment Identifier Registry (EIDR). He leads MovieLabs’ security work, including cloud security and the development of the MovieLabs Enhanced Content Protection Specification, which established a hardware level of robustness for 4K consumer devices.

Jim was a founder and chief software architect at Liberate Technologies, where he led the development of a web platform for delivering interactive cable services. Prior to Liberate, he was a software architect at Silicon Graphics, developing real-time 3D systems for VR, location-based entertainment, and visual simulation.

Jim has also consulted extensively on intellectual property, R&D spin-offs, and video technologies for leading venture capitalists and companies such as Comcast, NEC Research Labs and Xerox PARC. Jim holds Ph.D. and M.S. degrees in Applied Physics from Stanford University and a B.A. in Physics and Math from Washington University.

Spencer has extensive experience working in senior technology functions at several Hollywood studios, including serving as CTO of Sony Pictures, VP of Technology and GM of Motion Picture Imaging at Warner Bros. Entertainment, as well as VP of Technology and Digital Production at Disney Television Animation. While serving as CTO at Sony Pictures Entertainment, Spencer led the studio’s technology group working on technology innovation and application, touching on every part of the content pathway, from on-set through post-production and mastering and delivery, to provide a full consumer experience.

Spencer holds masters degrees in computer science and information and cybersecurity from the University of California, Berkeley.

Raymond has been in the industry for 25 years primarily as a technologist. He has designed and implemented systems that range from the first fully interactive digital cable network in Europe, through the first-ever networked digital video system for journalists at an international sporting event, to real-time robotics systems for special effects and mechanical-industrial performance pieces. He also was a prime contributor to early versions of the X11 window system and Microsoft Windows 1.0.

Before joining MovieLabs Raymond was CTO at Aggregator TV, a UK-based IPTV content company, and before that CTO and VP of engineering at Liberate Technologies. He has also been Director of Technology for New Media at Sybase; Principal Engineer and Architect for graphics systems at Digital Equipment Corporation, working in both research and product groups; and an engineering manager at Microsoft. As a consultant he has worked on large-scale networked multimedia systems, US and EU patents, interactivity for mobile devices, and commercial applications of novel mathematics. His patents, publications, and contributions to technical standards cover distributed multimedia systems and graphics hardware and software. Raymond has a BA in Classics (Latin) and Computer Science from Yale University.

Daniel Lucas has been a technology leader for the last 30 years. Daniel has held a number of senior positions leading product development and heading up business development in multiple industries. At MovieLabs Daniel is responsible for building an information infrastructure monitoring the on-line piracy of television and movie content. He currently is leading an industry wide data gathering and analysis effort to better understand the scale of piracy worldwide in all forms.

Previously, Daniel spent much of his career in the video game industry responsible for developing products like Star Trek, Tetris and in his earlier days many hit sports titles. Daniel held the position of V.P. of Development at Blue Planet Software where he was responsible for developing and licensing the Tetris brand, including one of the earliest on-line multi-player games. While at Blue Planet Tetris licensing revenues tripled. Previously at Microprose he oversaw third party development and 16 bit console development, being responsible for over 20 titles.

Leon Silverman is an advisor to MovieLabs supporting the 2030 Vision initiative focusing on Strategy and Industry relations in addition to chairing the MovieLabs Vision 2030 Industry Forum.  As head of Strategic Perspective Consulting he also advises major studios and technology organizations, helping drive industry strategy at the intersection of creativity and technology.

Over his decades long career he has held senior executive roles at Netflix, The Walt Disney Studios, The Eastman Kodak Company, and LaserPacific where he has dedicated his career to the development and introduction of new technology tools and workflows.

Silverman was one of the founders and long standing president of the HPA – the Hollywood Professional Association, where he still sits on the Board. He serves on the Academy of Motion Picture Arts and Sciences – Science and Technology Council, where he also sits on its Executive Committee as well as on the Executive Committee of the Academy’s Members-at-Large.  He is a sponsor of and helped to design and launch the Academy’s talent development and inclusion initiative, the Gold Rising program.

In addition, he serves the Academy of Television Arts and Sciences on the Executive Committee of the Science and Technology Peer Group and also on the Emmy Engineering Award Committee.

Silverman has been honored with a Lifetime Achievement Award from the HPA, the Bob Lambert Technology Leadership Award from the Entertainment Technology Center at USC, has 2 Emmy Awards for his contributions to technology innovation, holds 10 issued patents and numerous Disney Inventor awards for his contributions to patent applications. He has served multiple terms as Governor and is a Life Fellow of the Society of  Motion Picture and Television Engineers (SMPTE) and was awarded SMPTE’s Presidential Proclamation honoring his “contributions to the Society and the media entertainment industry as a visionary, innovator, and mentor.”

Mark coordinates the Production Technology program for Movielabs that created the 2030 Vision for the future of content creation.. In Mark’s 25 years in the global media industry he has always been at the intersection of technology and business models. Mark has held roles from product management, to sales, strategy, business development and partnerships for start-ups to multi-billion corporates including Ryff Inc, Technicolor, Levels Beyond, RSTOR, Dolby Laboratories, Microsoft, BT Media & Broadcast and Eutelsat.

Chris is a senior leader with 25+ years of experience developing tools and services for the entertainment industry for customers such as Disney, Electronic Arts and Google. He has managed market leading tools like Maya, FBX and Arnold generating over 100m per year. He has fostered innovation on several ground breaking projects like Bifrost, ShaderX and Arnold GPU and has several authored patents. He has overseen partnerships with companies like Apple, Adobe, and Nvidia.

Chris is a huge advocate for standards and open source having driven Autodesk’s contributions to the Academy Software Foundation, USD and Materialx.